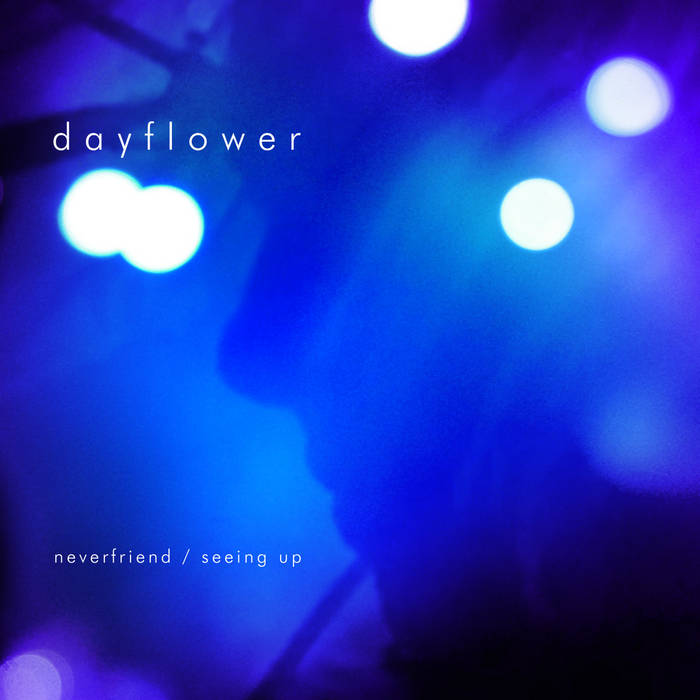 Dayflower's popular, self-released single 'Heart Shaped Tambourines' received airplay on BBC Introducing and was selected by Tom Robinson for his BBC6 programme and Fresh On The Net blog. For their next release the band have joined forces with EDILS Records, an independent label based in Liverpool and armed with a dizzying roster of emerging artists.

'Neverfriend' / 'Seeing Up' is a two song transmission of blissful, fuzzed-out lullabies, steeped in reverb and half-dreamed longing. As clearly as it recalls an era of pristine pop abstraction ruled by Creation Records and 4AD, Dayflower's marriage of careful songcraft and sculpted noise is contemporary and very much their own. Clouds of abrasive guitar swirl over hypnotically unfolding beats. Wordless sirens sigh into a sonic landscape shot through with glitchy ambience. A wistful lead vocal is cradled in the eye of the storm.

Here is a band immersing itself totally in sound whilst falling ever more deeply in love with melody. And a record which invites the listener to do the same.

Bandcamp Daily  your guide to the world of Bandcamp